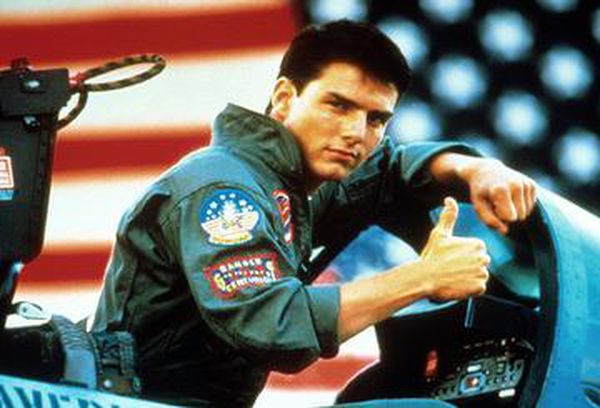 Maverick is a hot pilot. When he encounters a pair of MiGs over the Persian Gulf, his wingman freaks out. On almost no fuel, Maverick is able to talk him back down to the carrier. When the wingman quits, Maverick is moved up and sent to the Top Gun Naval Flight School. There, he fights the attitudes of the other pilots, his father's memory and himself. He serenades a woman in a bar only to discover that she is one of the instructors. Despite her best attempts to resist his charms she falls for him and they become lovers. Meanwhile, Maverick's skill is proving he is clearly the best pilot in the school which prompts an inflation in his cockiness. Relying on his skill to get him through, his life falls apart when tragedy strikes and his best friend is killed. He leaves the school but is urged to return. He must summon all the courage he has to rise above his ego to prove to himself that he is a "Top Gun" pilot.