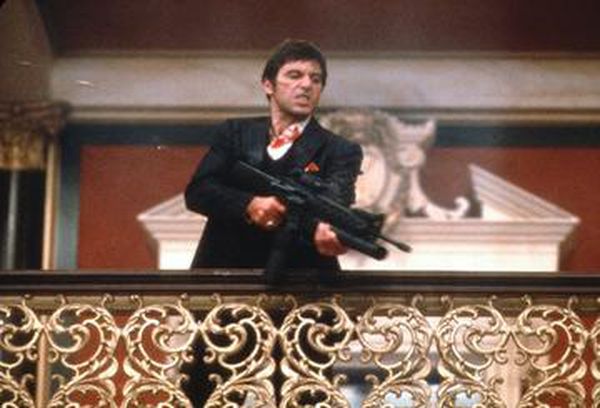 A remake of the 1932 Howard Hawks classic, Scarface follows gangster Tony Montana and his close friend Manny Ray as they rise from Cuban refugees to highly successful crime bosses. After murdering a powerful Cuban figure, Montana is allowed to leave the refugee camp and become an American citizen. Living in Miami, he attempts life as a law-abiding citizen but soon succumbs to the lure of drug money. Selling cocaine to dealers around the world, Tony rises quickly but as he becomes more powerful, his enemies and his own paranoia begin to plague his empire.