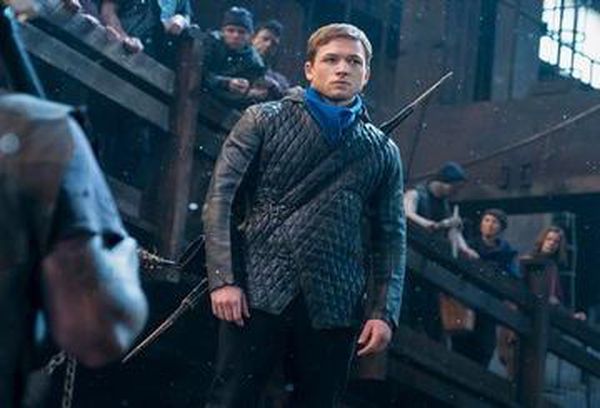 Robin of Loxley returns to England after years of fighting in Crusades to find his estate destroyed and his neighbours impoverished, all by the command of the ruthless Sheriff of Nottingham. Learning that his death has been falsely reported and his love, Marian, is involved with a local politician, Robin and co-conspirator Little John launch a covert crusade against the corruption. Robin uses his lethal archery skills to intercept tax collections destined for the Sheriff's coffers, which he turns over anonymously to Marian, now a leader of the clandestine grassroots rebellion. Discovering a larger conspiracy that threatens the stability of Europe, Robin and his men launch an attack that solidifies his status as a legendary and unstoppable rebel leader.