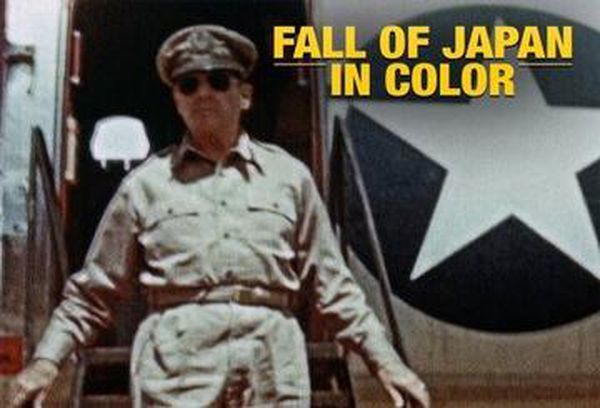 Fall of Japan: In Color

When American troops joined the epic battle against the Japanese in WWII, a British journalist followed along, equipped with a movie camera, some rolls of colour film, and a powerful friendship with General Douglas MacArthur. Follow the travels of war correspondent William Courtenay and his unrivalled reporting on the Pacific campaign and its great commander. Witness his remarkable archival recordings, from multiple island attacks to the aftermath of the bombings of Nagasaki and Hiroshima.