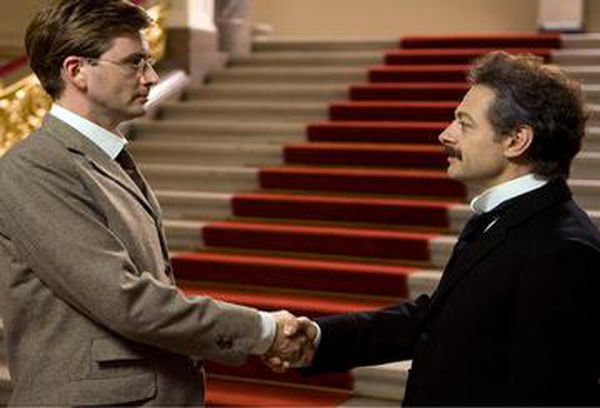 Einstein and Eddington depicts the unlikely partnership that developed during World War I between a young British scientist named Arthur Eddington and a brilliant physicist who would soon be a world-renowned celebrity, Albert Einstein. Not merely a retelling of the history surrounding Einstein's discovery of the Theory of Relativity, the film profiles the public and private challenges faced by both men during the beginning of the modern age, and shows how without Eddington's support, Einstein might never have risen to iconic status. Through their collaboration, Einstein, a theoretician who refused to play by the rules, and Eddington, a quiet Quaker full of purpose, turned Newton's ideas about the order of the universe inside out. Theirs was to become a long-distance partnership, viewed by many as unpatriotic and undertaken at great personal risk, that would change the course of modern science forever. And their story is one that impacts how we live, and view the universe, today.